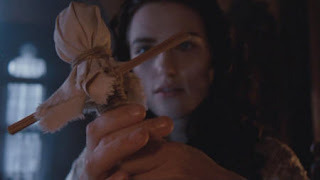 A "poppet" is a doll used in sympathetic magic to be used as a link to the target of a spell.  If you think about the confused pop-culture notion of the "voodoo doll", that's more or less what we're talking about.  In general, it is always best to try to deliver spell materials directly to the target, so that they handle them with their own hands (or, ideally, ingest them).  However, when that is not possible, a poppet can be extremely useful.

The simplest type of poppet is the photo poppet.  In it, the basis for the poppet is a printed out photo.  Today's internet being what it is, you can find a photo of almost anyone.  Choose a recent photo, with no other people in it.  (unless you are also targeting them) Ideally, you want a photo where they are looking directly into the photo.  Avoid photos with crossed arms or other body language conveying guardedness.  Crop the photo to center the person and remove most of the background.  Print it out.  On the back of the printout, write the target's full name, birthday, and any other identifying information you know (such as parents' names, job or other titles, and etc).  The more specific you can be, the better.  Continue writing until you have completely filled the available space.  It's ok to repeat things.  If you have the talent to do a good job, a hand drawn picture is much more effective than a photo.

The next easiest kind is a poppet jar.  In these poppets, the base is a jar (or box) containing the essence of a person.  Begin by cleaning the jar very well, including scrubbing it with salt.  Collect as many personal concerns of your target as possible (business cards, hair, used tissues, dirt from their house, photos, names, birthdays, signatures, perfume, clothes, etc) and place them in the jar.  If there is space remaining, full it with herbs appropriate to the work at hand.

Poppets can be formed from wax or clay.  In these cases, you'll want to either mix the personal concerns in (which usually means reducing them to ash, and mixing that in) or form the doll around them (which is called the "core" of the poppet).  The most typical kind of poppet is sewn from cloth, which is stuffed with personal concerns and herbs (like the jar).  Tip: use a chopstick to help push the stuffing into the limbs.  Really, though, there is a near infinite variety of ways to make poppets.  Corn husks are nice, as are twigs tied together to make a stick figure.  More important that the construction is the next step, the baptism.

Light some incense over charcoal, to make a big cloud of smoke.  Mugwort is a good choice, or a mixture appropriate to the purpose you will put the poppet to.  Take a deep breath in of the smoke, and blow it out over the poppet.  Say something like: "Creature of dead matter, I have formed you as ___NAME____. I breathe into your nostrils the breath of life, and you become a living being.  You are a double of ____NAME____, and whatsoever is done to you happens to them."  Do this two more times.

Sprinkle the poppet with some living water (ie, water collected from a moving natural source, such as spring, river, or rain water), and say something like "Creature of matter, I have formed you as __NAME___.  I baptize you ___NAME____.  You are the double of ___NAME___ and whatsoever is done to you happens to them."  Do this two more times.

Pass the poppet through the smoke, and say something like "____NAME___ breathe deep of this magic smoke.  Be infused with its enlivening magic.  You are a double of ___NAME____, and whatsoever is done to you happens to them."  Do this three times.

Magic Chants of the Sex, Drugs, Music, and Sorcery Cult of Ancient Greece

As many of you know, the Orphic Hymns are a collection of 87 sacred chants from late antiquity addressed to the gods of Greece and Anatolia.  They were most likely written somewhere between 200 BCE and 200 CE in what is now Eastern Turkey, although they undoubtedly but one part of a much larger and older tradition.

If you have read them, it was almost certainly in the classic 1790s translation by Thomas Taylor.   Taylor was an excellent translator, and a pagan himself.  His translations, however, are often occluded, both by their antiquated language and their 1790s sensibilities.  Every translator brings their own biases to a translation, and Taylor's point of view is that of a rich British aristocrat of the 1790s.  For example, the Greek word that literally means "bed partner" is translated by Taylor as "bride" when it refers to women and "friend" when it refers to male lovers.  It's not just antiquated British sexual mores that color Taylor's translations, he also didn't have available the depth and breadth of understanding of ritual, trance, and entheogenic practices of the Orphic cult that we are only recently recovering.

I'm in the process of retranslating the Orphic Hymns, a project you can learn more about at www.OrphicHymns.com where you can also pre-order a book.  My translations try to replicate, in modern English readers, the same feeling produced in initiates by the Greek originals.  Like Taylor, I write in the so-called "heroic verse", strongly metered iambic couplets which are the de facto standard for magical chants in the west, and also the usual way Greek dactylic hexameter in translated into English.  A working magician myself (you can see more about my magical practice at Mastros & Zealot: Witches for Hire), my translations are specifically designed to be used, as were the originals, as invocations of the gods' presence and force.

Because they are the teachings of an eastern-influenced mystery cult, several of the hymns are dedicated to gods obscure in "mainstream" Greek mythology.  For example, Hipta, Mise, and Melinoe were entirely unknown by those names save for their Orphic hymns until their names were found on ancient temples excavated in Anatolia in the late 20th century.  The hymn I'd like to share with you today is not quite so obscure as that, but is, perhaps, not a god you know.

Sabazios is the great Horse Lord of the Thracian/Phrygian (modern Turkey) steppes.  If you imagine a deified Khal Drogo, you're in the right ballpark. His worship was ecstatic, and almost certainly involved the small mushrooms we call "liberty caps" (Psilocybe semilanceata), but which were, of old, called "Phrygian hats".  You can see an image of Sabazios wearing a the aforementioned hat on the left, and the mushrooms on the right. 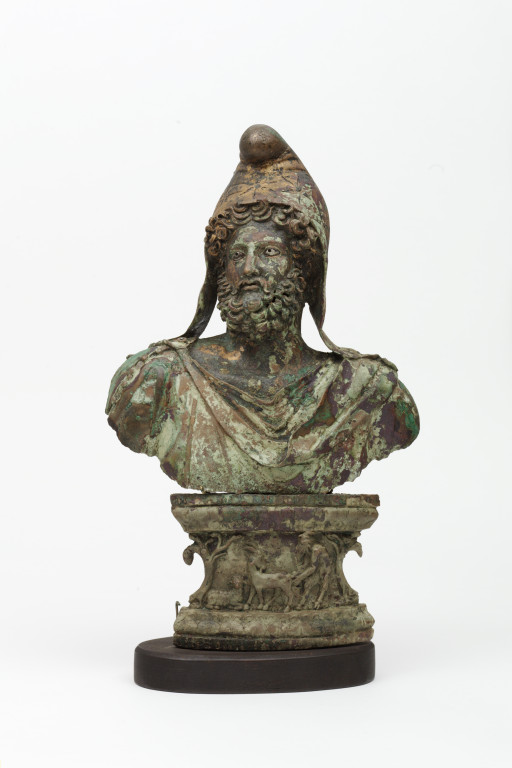 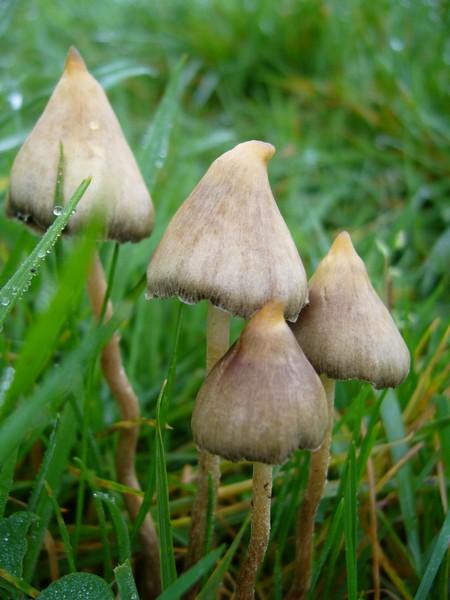 In Greece, Sabazios was often syncretized with both Zeus and Dionysus. Below, I present my first draft of a translation of his Orphic Hymn, usually considered very obscure. I believe I can explain every part of it by adding some scare quotes. I have deviated from the traditional translations, but kept as close as possible to a literal understanding of the Greek. Several notes explaining my choices are below.

Listen to your daughter, the rebel rhapsode,
Forefather Sabazios, glorious daimon of old.
You’re the father of Bacchus, and the son of cruel Kronos,
Wailing, you “stitched up your thigh” to become Dionysus,
When you came to the rites of Tmolos's peak,
And took your place beside Hipta, of beautiful cheek.
High king of Phrygia, blessed guardian of all,
Be gracious to your initiate when she comes to call.

NOTES:
"Rhapsode" is a greek word for "bard". It literally means "stitcher of stories". You'll see the root "rapsos" or ῥάψις which means "sew" below. This line is my own invention, it is an expansion of the "Κλῦθι" or "Listen Up!" which begins this hymn.

"Eiraphiotes" is usually an epithet of Dionysus, of contested etymology. A likely false folk etymology comes from ῥάψις (to stitch), and that word play was probably intended here.

In some other literature of the ancient Mediterranean (including Torah), "thigh" is a euphemism for male genitals.  I believe it is here as well.

At Mt. Tmolos, and many other holy mountains in Lydia, Cybele (the great Mother of Mountains) was worshipped under the name Hipta, which is a Greek form of Hepat, the Great Goddess of the Hurrians.  Hipta/Hepat an eastern Great Goddess, was virtually unknown except in the Orphic Hymns (the next hymn, #49, is addressed to her) until 20th century excavation in Anatolia rediscovered her inscribed into the walls of a very early neolithic temple.  We know very little about her worship, but it was almost certainly very similar to that of Cybele.

The consecration ritual of a priest of Cybele is self-castration during ecstatic (often called "Bacchic" in Greek) frenzy.