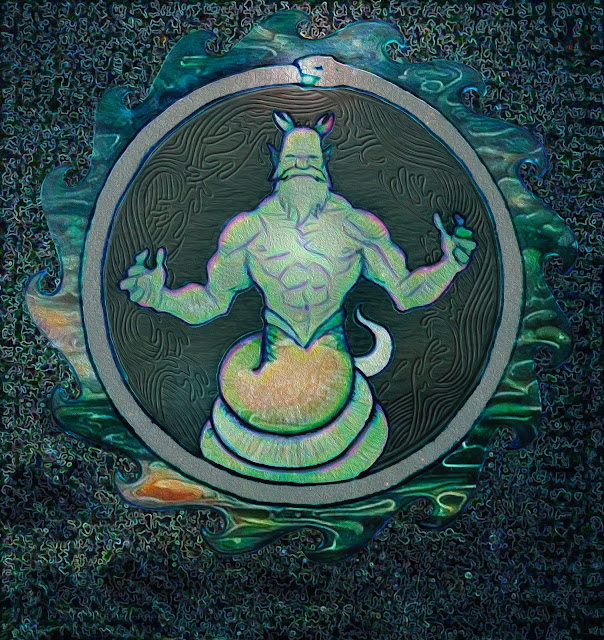 Imperishable ocean, to you we now call,
Eternal Okeanos, undying Father of All.
Gods and humans both arise from your infinite flow
and all things above begin deep below.
You encircle the earth with great heavings surges
Eternal blue depths where every river converges,
Wellspring of water nymphs, source of the sea,
Birth waters of the Earth, awesome and holy,
Hear us, blessed one, sumptuous divine purifier,
and rain down on our planet all we require.
Your  watershed reaches the ends of the earth,
Your encircling boundary is death and rebirth,
Great Father Ocean, grant your initiates plea:
Gift your favor forever, as vast as your sea. If you enjoyed this translation, please consider pre-ordering my new book,
The Orphic Hymns Grimoire at www.OrphicHymns.com You can read more about Okeanos here:
https://drive.google.com/file/d/1mtMjhOAtJWsxoA0bnbVtIeuJ2vJq2vM1
Posted by The Professor at 6:58 PM No comments:

Tomorrow at 9:39 am (because astrology) the Kickstarter for my Orphic Hymns Grimoire goes live.  Since I'm a big believer in "try it before you buy it", I've included a sample chapter (the one on Tyche, the goddess of luck and fortune) below. Click here or on the ikon to read it. Please enjoy it, and check out the project at www.OrphicHymns.com


Tyche
The Goddess of Fortune


Come, Tyche!
We call you, Enodia supreme,
Sovereign of crossroads, altogether good Queen.
Song-renowned daughter of Euboleus’ bloodline:
the good guide who fell, along with his swine,
through the cavernous crack in the crust of the earth,
when Kore descended at Persephone's birth.
Tyche, we call in the great name of Artemis!
Gentle essence of fortune, wondrous and marvelous,
Your irresistible wish is our sovereign command,
For yours is the increase of riches and the wealth of the land.
Sorcerous and streetwise, you weave the tapestry of fate,
with stitches of riches, for those you appreciate.
But those who anger you, you sew into poverty,
Spinning their minds into tangles of anxiety.
Sweet goddess, Eutykhia, be my lifelong companion,
Rain down your favor and your nourishing compassion.
Grant happiness, strong-wishing, and generous charity,


Bless our lives and our work with unending prosperity. 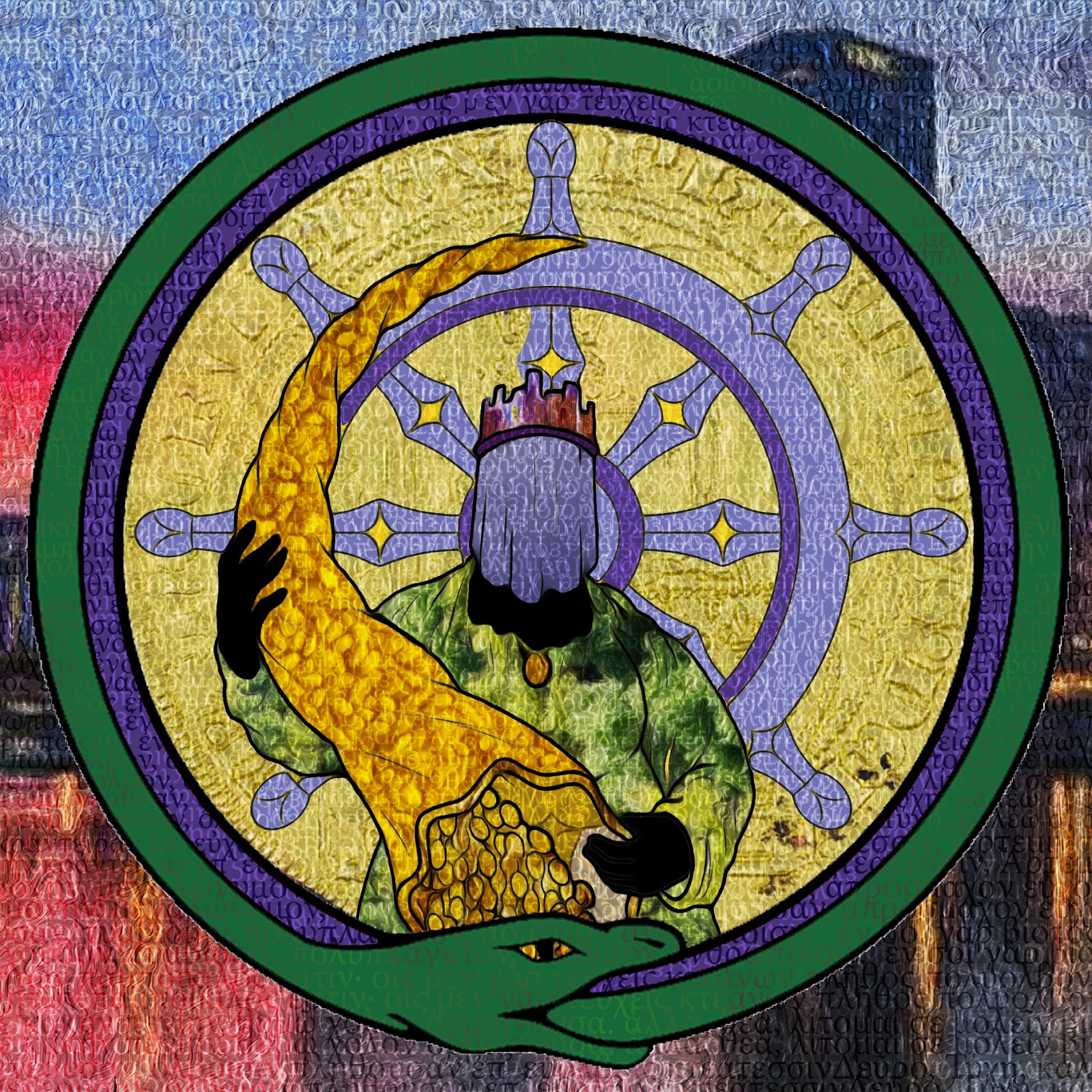 Posted by The Professor at 5:13 PM No comments:

The Lyres of Ur

As most of you know, I've been working on retranslating the Orphic Hymns.  The Hymns are a collection of invocational orations, written in Turkey, likely in the 3rd century CE.  Unquestionably, they represent a much older tradition. The 1962 discovery of the Derveni papyrus, from the 5th century BCE, contains commentary on material similar to the Orphic hymns, and treats it as already old.

The magical current we call Orphism undoubtedly entered the Greek speaking world from the East.  The hymns contain the names of several Anatolian deities who were otherwise unknown in classical Greece, including some which were completely unknown save from the hymns until being rediscovered in inscriptions in Anatolian tombs.  Personally, I believe the current to be extremely old, undoubtedly predating writing.

When I imagine the archetypal Orphic lyre, I am always
imagining the fabulous Lyres of Ur (modern Iraq).  In the late 1920s, a team funded by the British Museum and the University of Pennsylvania excavated the royal tombs at Ur.  Among the many treasures they discovered were three mid-sized lyres and one large harp, all of similar design.  The reconstructed one pictured at the left is held in the British museum, along with another one of similar size coated in silver (called "the queen's lyre).   A plaster mold taken by the archaeologists at the time of it's discovery is pictured above, to give you some idea of the scale of it. The finest of the three lyres, covered in gold, and was held by the National Museum of Iraq until it was stolen or destroyed in 2003.  The final lyre, which is much larger, went to the Penn Museum in Philadelphia, where I first encountered it at the age about 12.

The Great Lyre, called also The King's Lyre, pictured at left, is very similar to the one pictured above, although somewhat larger.  You can see an entire gallery of images from all angles, including some showing restoration in progress, here.   I was overawed when I saw the Great Lyre; his form burned into my mind.  The great golden bull of heaven is often identified as Shamash, the sun god, Below the bull's head, a series of panel illustrations depict fantastical scenes.  You can see them, with the head removed for greater clarity, on the right.

The first panel depicts the Lord of Beasts, wrestling with two animals.  This is sometimes said to depict the control of nature exercised by the state.  In the next scene, a hyena carries a tray of butchered meat, while a lion holds a large jar and a pitcher similar to some found in the tombs.  (the dagger the hyena is wearing was also found) . In the next panel, a horse plays a lyre while a bear holds it steady.  At the bear's feet, a small animal is playing a rattle.  Finally, in the bottom panel, a deceased spirit meets the scorpion-man, guardian of the entrance of the underworld.

HERE you can listen to a replica of the lost golden lyre, accompanying a recitation of the Epic of Gilgamesh.

Posted by The Professor at 9:04 PM No comments: