I'm in the final stages of packing, which involves a lot of going through stuff I boxed up, but wasn't ready to deal with, after my parents' deaths.  Here's a bunch of old recipes:

Joanne Mastros's (reconstructed) Greek Cheese Pie:
Joanne was my father's mother.  1925-1991
One christmas about 10 years ago, my father and I engaged on an epic quest of experimentation to "rediscover" this recipe based on his childhood memories.  This is what we settled on.  My Grandma died when I was young, and was sick for years before that, so I don't know if I ever ate her cooking much, but I do remember that she was very smart and funny and she had red hair, just like mine!

1 lb, 12 oz feta cheese
1 lb mizithra cheese (Ask your cheese monger for it.  If they can't get mizithra, you can make do with ricotta salata, which you can get at many Italian markets)
10 extra large eggs
6 oz cream cheese
12 small pie crusts (or 2 regular size crusts, but that is not as good)

Mix all together and fill crusts.  Bask at 350 degrees until solid.


Mike Mastros's Lamb Stew:
Mike was my father. 1949-2012
We almost never ate this when I was a kid, because my mom didn't like it and my father very rarely cooked.  However, it was always a favorite of mine, and I make it all the time now.  I have combined 2 slap-dash recipes to make this whole one.

Brown in pan, then move to big pot.

Mix above and simmer for 1.5 hours in the pot.

*lemons almost quartered the long way, in salt water for a long time
(I think.  My dad's handwriting leaves something to be desired.  OTOH, he appears to have doodled a choastar in the top left corner of the page, so all is forgiven) 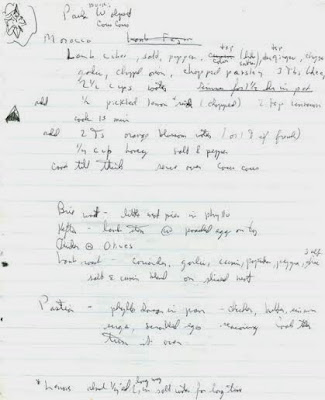 Kovlourakia are shaped in spirals.  I was taught that they were made that way in ancient times because the Minoans worshipped snakes.  In some families, they have other shapes. 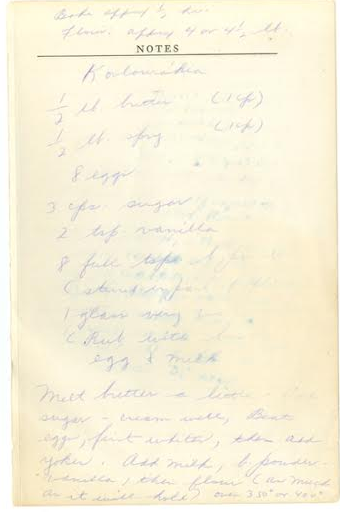 
Kourabiedes: Greek Sugar Cookies for Christmas.  I don't know who's recipe this is (from the handwriting, possibly my Aunt Dianne, my father's oldest sister). These are kind of hard to make.  If yours come out too crumbly or too hard (the texture is tricky), they're amazing crushed on top of vanilla ice cream.  I made these once for my Turkish (then) boyfriend, and he was astonished!  Apparently, his grandma made them too, but called them Qurabiya. Traditionally, these are shaped like crescent moons, probably because someone worshipped the moon. :) 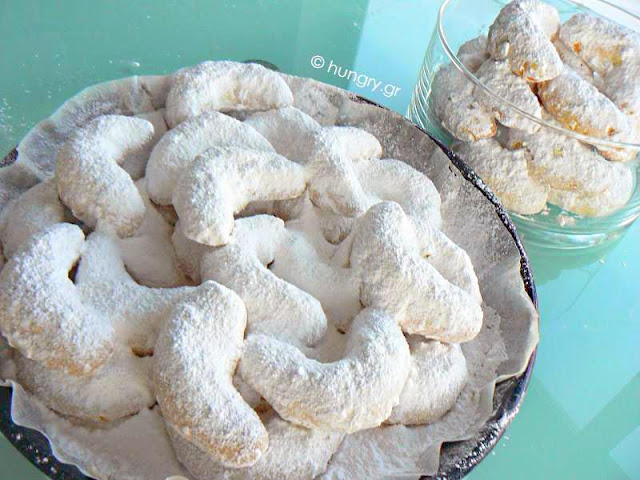 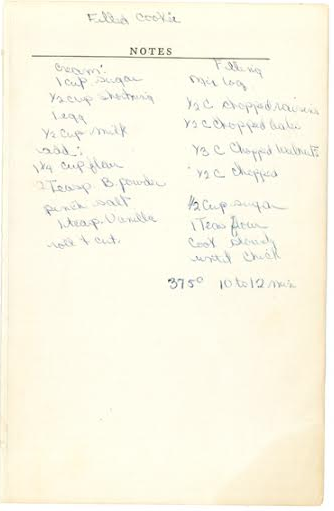